When I disclose the fact that I am learning Arabic to family, friends, and acquaintances here in the Western United States, I receive similar reactions. Most often, the first question they pose seeks to chase out my purpose. Frequently, they would like to know why I would invest countless hours of time to learn such a difficult language. Before traveling to Cairo, my responses were typically in the range of expressing my research interests. More often than not, I would reply that unedited and untranslated Arabic manuscripts preserve an untold number of ancient Christian homilies, theological treatises, and biblical commentaries. Gaining competency in reading classical Arabic would open valuable doors to accessing these treasures.

Once I began to live to Cairo, however, I quickly discovered new and attractive layers of motivation for diving deep into the Arabic language. Since this past year, our brothers in Cairo are witnessing unprecedented progress in their inter-religious dialogue with Islamic scholars and university students. This will likely increase in scope as the local population begins to access books and media in English.

Furthermore, nearly all the Christians in Egypt speak Arabic and celebrate liturgies in Arabic. Even western scholars who visit Cairo to offer lectures and seminars on cutting edge historical topics or manuscript discoveries speak Arabic. As you could imagine, being able to speak Arabic would be most beneficial in not only assisting the educational growth of these communities but also in accessing research materials such as manuscripts from libraries.

Finally, proximity through language is basic for deepening relationships. For this reason, competency in Arabic is essential for building friendships in countries such as Egypt. If every language opens a window to a new world, Arabic opens an expansive and attractive portal—inviting access to hidden secrets of the past as well as a vast missionary field budding forth in the present. 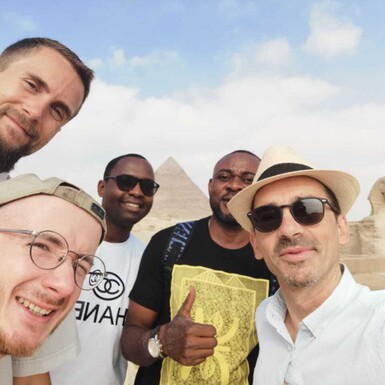 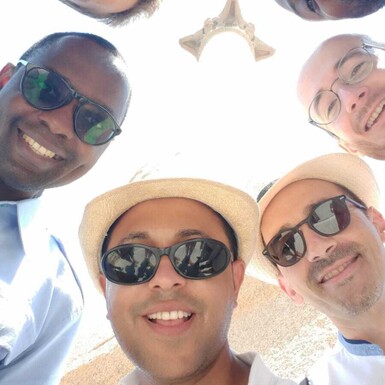 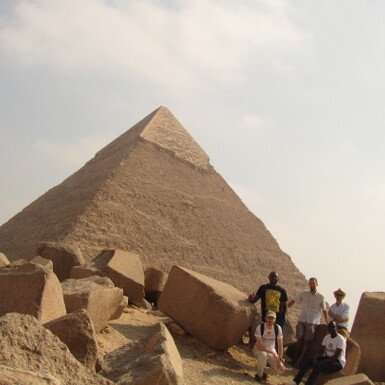 Living in Egypt was playful yet challenging, exciting yet sobering. I was stretched in ways that would have been impossible if I would have remained at home taking university courses in California. The mission field is vast for Arabic-speaking countries like Egypt, and the cultural changes that are taking place in the Arabic world are opening avenues of curiosity that were previously lacking.

Looking to the legacy of our Order, studying Arabic in Cairo united me to the generations of Dominican missionaries who generously spent their time and energy to attract others toward life and truth. Stepping into this living legacy could not have been anything less than inspiring and energizing.

Without a doubt, studying Arabic in Cairo galvanized my missionary zeal and sealed my resolve to continue on this path. Researching treasures from our collective Christian past is meaningful. Likewise, our Dominican missions in Egypt and the Arabic-speaking world are meaningful.

For these reasons, my purpose is easy to grasp. I am learning Arabic to serve the Bride of Christ by passing outside myself to an unfamiliar world—full of souls to aid and treasures to find.

Written
Read time
3 min read
More posts
Statement on the Election of Fr. Allen Moran, O.P., as Prior Provincial of the Eastern Dominican Province
The Second Sorrowful Mystery: The Scourging at the Pillar
Try This Weird Benedictine Trick (Demons Will Hate You for It!)
Category
Features