This past July, I was in Berlin taking an intensive course in German. Over the past five years studying at the Dominican School of Philosophy & Theology, I’ve often found myself running into articles in German that were essential to my papers, and I realized I needed to develop a foundation in the language to read them.

The brothers of the Dominican Province of Teutonia in northern Germany graciously allowed me to stay in their beautiful 19th century priory in Berlin for the month of July to take a month-long intensive course in German. In addition to learning some German, the visit also gave me a chance to experience a bit of the Church in Germany.

One of those experiences was during a weekend while I visited Br. Justinus Grebowicz, one of our German brothers who studied with us last year at Saint Albert’s Priory. His family lives in Westphalia, which is historically a Catholic region that has retained many of its traditions. My visit coincided with the Feast of Saint Liborius, the patron saint of Paderborn, which is one of the main cities of the region. The feast was celebrated with great zeal — thousands of people attended the cathedral’s Pontifical Vespers on Saturday night, and on Sunday the Solemn Mass was celebrated with great reverence and outstanding music, and was followed by a procession throughout the city.

(Visit the links above to watch video content of these events.)

One of the things I noticed throughout Berlin were small square plaques on the sidewalks in front of residences called stolpersteine. On these memorials are names and life dates of individuals who were killed in the Holocaust. One of these plaques was in front of the entrance of our priory in Berlin with the name Norbert Kubiak. After asking the eldest friar at the priory about this name, he explained that Norbert was a Dominican cooperator brother who spoke out against Nazism and as a result in 1941 was arrested by the state police and sent to Sachsenhausen Concentration Camp where he was killed a year later in 1942.

I was able to visit Sachsenhausen, which is about an hour north of Berlin by train, and stood near what remains of the building where he would have been executed. It was inspiring to follow the footsteps of Br. Norbert. 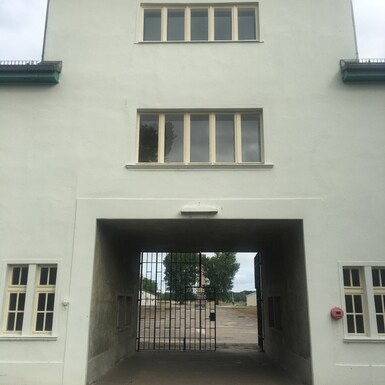 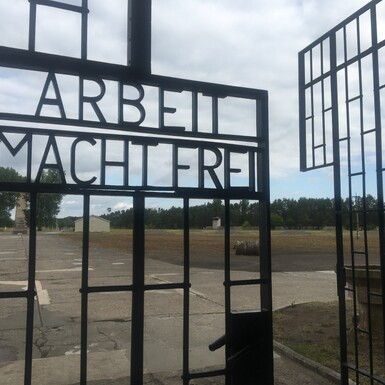 During a time when secularism both in Europe and in the United States seems to be on the rise, it’s easy to become disheartened. But it was inspiring to see in Germany public expressions of the faith as in Paderborn, and the examples of witnesses of the faith such as Brother Norbert encourages me. The Truth of the Gospel is just as relevant now just as it was two thousand years ago; may we have the courage to proclaim it!

Written
Read time
3 min read
More posts
The Impact of the Lima Center
What is the Purpose of your Lenten Penance?
Spiritual Joy
Category
Features News